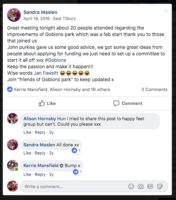 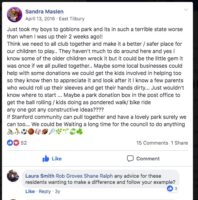 In April 2016 a local Mum, Sandra complained that the park she had visited that day was very unsafe due to the flooring under the play equipment being dug up rotten and revealing the membranes underneath.

Rob was tagged in the post to offer assistance.  Sandra and a friend, Alison organised a meeting very promptly and 20 local people showed up and they agreed to launch “Friends of Gobions Park”

A lady called Linda Allchin had just moved into area and had experience of fundraising for a brand new piece of play equipment along the riverfront at Grays, she attended the meeting and despite hostility and negativity from a recently defeated former Councillor, she joined to group to lend her experience and expertise.

A small working group was formed as a result of the meeting and included current member Scott Sullivan, who as a profession was a grant writer and project manager for Thurrock Council.

The group set about organising some successful Picnics in the Park during the summer of 2016 and they engaged the community to help them develop a plan. 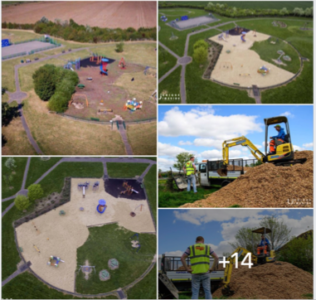 A local haulage company, S J Walsh heard about the appeal to take action on the flooring issue, which was a huge area of play bark and therefore would have cost a considerable amount and offered to not only pay for the materials but also to do the groundworks.

It was discovered that “Walshes” had been making works mitigation payments of £10k per month to Thurrock Council but those funds were not being distributed for the benefit of the community but were being assumed into Council finances!

In 2018, through the local community forum the group were able to access £60,000 of S106 monies from a large development that had been built in the village.

They also received £250 from a local VCFS fund known as Small Sparks, they spent this on new planters and bulbs. 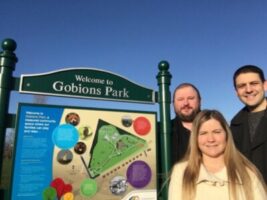 The group have received further funding directly from Thurrock Council (for new signage) and GraysFootball Club, with a further £10,000 promised from S. J. Walsh for gym equipment.

They continued to host fun days including their most recent at Easter 2019.

Through these events they have surveyed nearly 300 local residents on future plans.

Their park is in close proximity to East Tilbury with in excess of 400k passenger movements per year so they will be exploring the opportunity of creating an early morning coffee station for commuters. 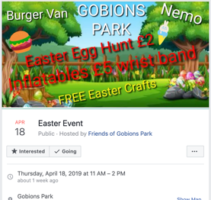 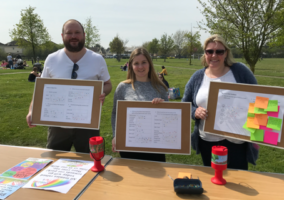 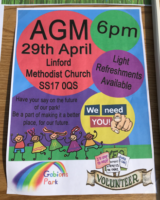 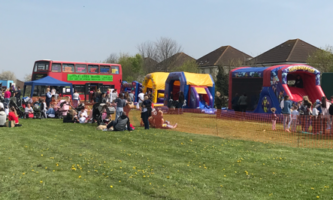 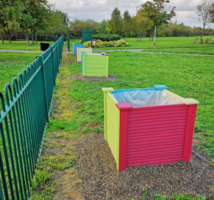 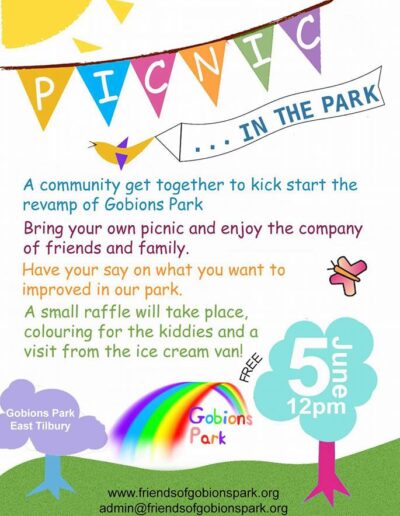 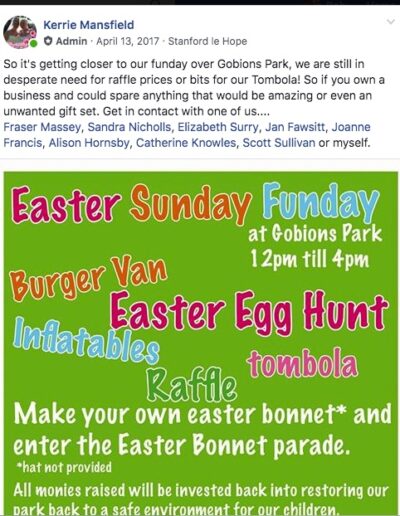 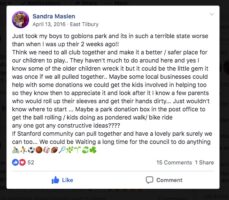 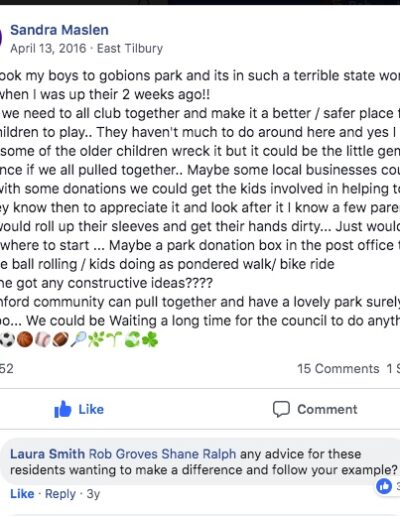 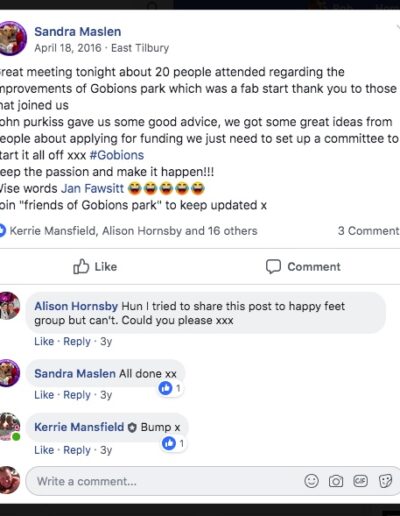